This has been a season of upheavals and delays, and Caitlin Smith’s album, You Have Reached Your Destination was no exception. The gig sold out long ago, but then it was delayed twice. It finally went ahead last Wednesday and there was a rush to get a good seat. In typical Kiwi fashion, what passes for a queue had formed; a ragged line, reordering itself in illogical surges as it snaked across the footpath of K’ Road. Smith is popular and like many vocalists, she has followers from across the music spectrum.

She brought a medium-sized ensemble with her, including backing vocalists, piano, keyboards, two guitars, drums, basses and a pedal-steel/slide-guitarist. I am used to hearing Smith with her trio, but this was new to me.  The band had a warm and enveloping sound, with Smith, clearly relishing the energy surrounding her. She has a strong voice, and it cut through. The first number was pure Americana, not just because of the pedal steel guitar, but the organ and backing vocals, and above all the lyrics. On several of the later numbers, they were joined by the gifted Nigel Gavin, and if anyone can channel authentic Americana he can.

The setlist followed the album order (minus a few tunes). There were few introductions, and this was intentional. The night was about letting the music speak and to achieve that best it needed an uninterrupted flow.  I enjoyed the gig and couldn’t wait to hear the recorded album.

The physical album comes in exceptionally beautiful packaging, and importantly, the front cover has a brail title. In doing so, the senses are immediately directed within, or as Smith puts it, ‘let your ears guide you through this experience without other sensual distractions’. It was an invitation to a deep listening experience. The first tune, "Grand Companion", was the perfect start point and from that point on you are guided between tracks by footsteps.

Much as Joni Mitchell or Rickie Lee Jones did, Smith uses predominantly jazz musicians in her bands. Musicians who can respond to nuance and work with her (not just back her). On the album’s opening track, "Grand Companion", you hear John Bell on vibes, and what an inspired choice. His silken fills adding textural contrast: and Kevin Field on Rhodes and piano. The live gig featured 10 musicians, but the album has a bigger cast (for example, pedal steel guitarist Janek Croydon, other backing vocalists and drummers). Paul Symons picked up this role on Wednesday and he doubled on slide guitar and vocals. The well known Aaron Coddel on bass(s).

On both the album and at the gig, the interaction between the chordal instruments was central. What a delight to hear Alan Brown and Kevin Field finishing each other’s musical sentences or trading fills. And Dixon Nacey, a guitarist who can accompany a vocalist with incredible sensitivity and a first-choice musician for a gig like this.

Track two "The Story so Far" has a southern soul feel and the backing singers are the icing on a beautiful cake. "No Mans Land" picks up the overarching theme of the album which is self-realisation on a sometimes difficult journey. Prayer for a miracle reminds me of Patrice Rushen’s disco-funk, "Tug of War" closer to a straight-ahead Jazz number.

This is an honest album that touches on loves lost, inner struggles and sobriety. Smith is sight impaired, but she never complains. It is part of who she is, and she occasionally jokes about it. In between numbers, a few band members slipped off stage to grab a drink and when it was time to call them back, she said, ‘I can see what you’re doing’. ‘What can you see’ yelled someone in the front row, ‘Very little actually’ she replied, grinning. 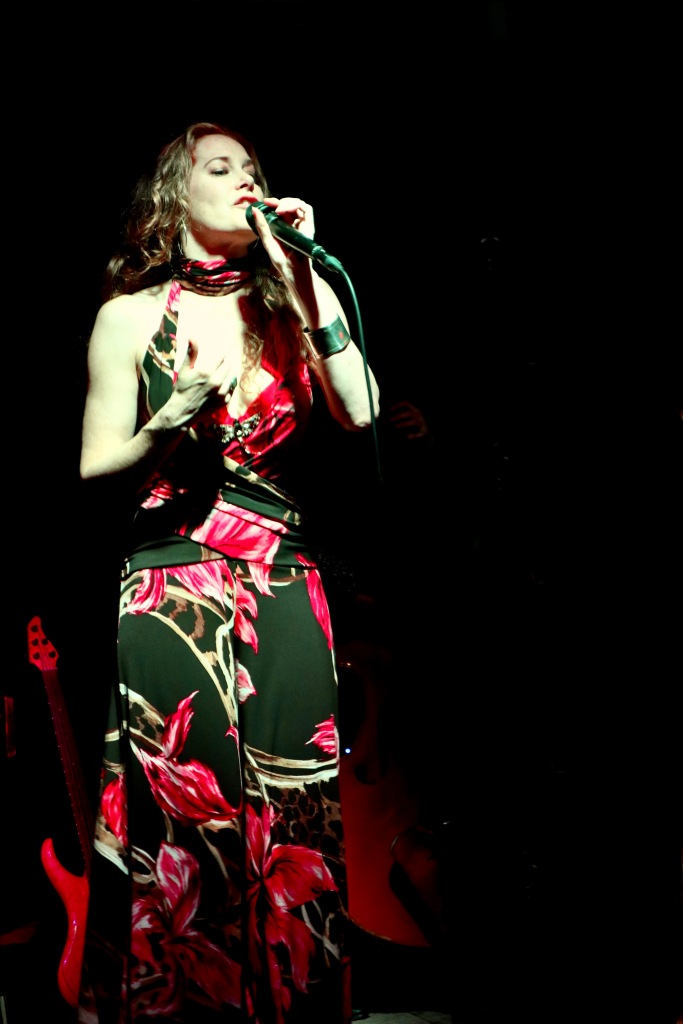 When I looked at the album liner notes, I was surprised to see when it was recorded. This album is a gem. It was worth the wait and I hope it puts Smith where she deserves to be; a widely acknowledged vocalist among our greatest. It has been over 10 years in gestation and now it has arrived. It is a credit to Smith and to all involved, and it also underscores just what magnificent work Roundhead Studios do. As I played it through, a tug of emotion brought a lump to my throat. The mahi paid off royally and the wait was worth it, we have our own Joni.

Order the album from stores or Caitlin Smith.com

Radio 13 appreciates our partnership with John Fenton. Check out his other writings and reviews at jazzlocal32.com

Radio 13 credits and thanks John Fenton for all photographs in this article.

Written By: John Fenton John Fenton was educated by books and bohemians; the equivalent of being raised by wolves. His interests: jazz, poetry, philosophy, literature & the visual arts. He is a jazz journalist, music blogger, Gonzo journalist, guerrilla commentator & social activist. He lives in Auckland, is married, and wrangles several cats. His long running blog is https://jazzlocal32.com/