Richard Thompson presents us with a new song today. It's The Storm Won't Come and it is taken from his forthcoming album, 13 Rivers, which is due out September 14th.

This will be Thompson's 19th solo album. He had this to say about The Storm Won't Come:

"It's a song about change - out with the old, in with the new. In spite of your efforts, you cannot synthesize change, it is a natural process." 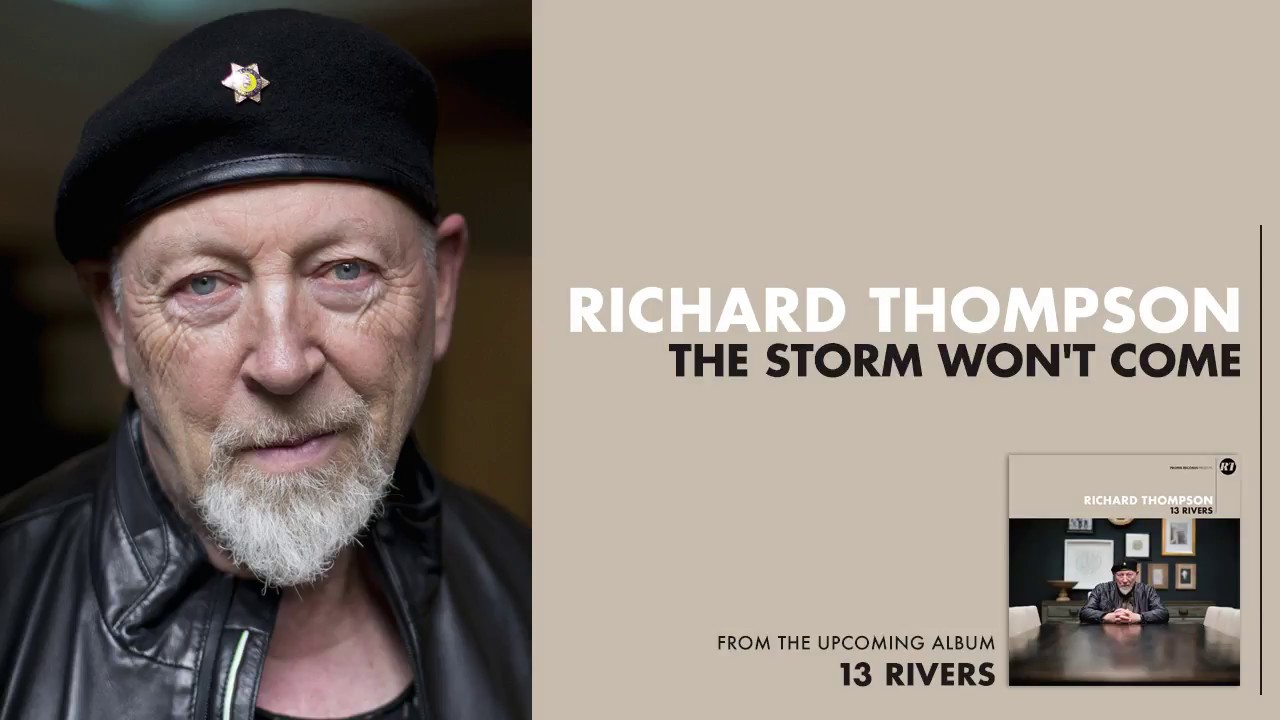